Engine: The four cylinder 599 c.c. engine delivers 126 bhp/13500 rpm and 7.1 Kgm/11500 rpm torque, claimed figures.
Actually a minimum of 2500 rpm will be required from the engine to provide acceleration without surging. However up to 4000 rpm nothing really happens. At 4500 rpm an obvious power increase is noticed, engine sound is altered. Power output is linear from that point up to 15500 rpm where the rev limiter intervenes.

The middle power band is slightly more powerful compared with the previous model. Performance is within the standards of the latest Japanese 600 c.c. supersports. Rider should not expect an obvious performance variation from the new model.
At the left grip, a two mode switch alters performance provided from A full power, to B, quite lower and smoother power output. This may be useful on low friction factor circumstances, like on wet roads. This test was conducted at the full power mode.

Riding position: The height of the saddle is low, short riders will feel comfortable. The dimensions of the bike are decreased for the standards of the category, except from the length, which feels normal. It’s a rather small 600 c.c. bike, as it should be expected.

The bike feels light compared with its current rivals and the former model, due to the 187 Kgs claimed curb weight.
Rider is placed mainly over the bike, riding position is aggressive, providing alertness to the rider. Its still a comfortable riding position, unlike a racing one.

On the road: At the front there is a 41mm Showa BPF. Suspension is fully adjustable, providing a relatively firm sensation at the standard settings.
Tyres fitted were Bridgestone BT-016, with dimensions 120/70-17 at the front and 180/70-17 at the rear. They consist a good choice for general road use, for the specific bike. At a track environment, rider will feel much better with a track oriented compound selected.

On urban rides the GSXR will be adequate on normal traffic conditions. In case of congested traffic a single compromise will be asked: the average steering lock, which is a disadvantage which should not be inherited from the former model.
Filtering is good, despite that the height of the mirrors is the same with that of cars’ mirrors. This is due to the small width, which is normal at the supersports category.
Road imperfections are absorbed well for the standards of the category. Rider will not face any problem.

Conclusively on urban rides the GSXR is relatively neutral, given the standards of the category. A future buyer will certainly know beforehand that it’s a supersports bike mainly and an everyday bike, secondary. The only edge in character will be shown solely on town rides.

On B-roads it’s definitely a user friendly bike. Agility is superb, being the prominent riding feature. The small, 1385 mm, wheelbase is one of the reasons for that.
Combined with the low weight and aggressive riding position, the right conditions are determined for the rider to enjoy riding instead of admiring the scenery.

At the fast pace on low-average friction factor B-roads, rider feels confident to charge. It’s the front end which provides robustness and feedback for a fast pace riding.
The former model also provided a firm front end feeling, however this model is certainly improved, not only to the front end, it’s the whole bike feeling upgraded.
However if the pace is further increased, once more the rear end feels inferior to the front. Rider will notice the rear wheel skidding, without precise feedback though. Riding confidence will be moderate. The primary reason for that is the tyres fitted, which are not adequate for such a pace.

At the fast pace on high friction factor B-roads, the GSXR is a fully committed bike to ride. The fast steering geometry and the light weight of the bike, will definitely help rider to preserve a high riding pace, confidently.
The GSXR is very stable and neutral. A clearly sports bike is there for the rider, providing pleasure. Front end feedback is very good, rider will trust it in order to charge.
Even close to the riding limits, rider may feel better pushing the front a little more, although that doesn’t always work! The rear end feels right, without providing equivalent confidence of the front end.

On the highway, air protection is good, up to the speed of 190 Km/h, which is quite good, given the character of the bike. Rider will be asked to show …no mercy to the high revving engine, travelling like that, which is typical for the 600 c.c. supersports standards.
The former GSXR provided a more …touring oriented riding position, travelling capabilities are decreased on the new model. However its still a 600 c.c. supersport that will fulfill the expectations of the rider.

Two 310 mm disc brakes are equipped at the front, with monoblock, four piston radial Brembo callipers. At the rear a 220 disc brake and a Brembo single piston caliper are provided.
On average friction factor roads the front brake is powerful, providing relatively good feedback and average initial bite. The rear is quite powerful, providing adequate initial bite, inferior feedback compared with the front though.
On high friction factor streets, braking power is really good, feedback to the rider is good. The brakes consist an advantage for the GSXR.

Reliability-quality build: Its early to make safe comments concerning the reliability of the bike. Since the former GSXRs didn’t have any engine reliability issues, one could assume that the new GSXR will also be reliable.
The paint is deep and nice, amplifying the ample quality build.

Comments: In terms of riding at the fast pace the new GSXR is greatly improved compared with the former model, not exceeding the specified category limits though. Hence it’s a neutral and superb sporty bike, leaving away the …touring character of the former model.
Consequently the previous GSXR was not really competitive at fast pace riding during the recent years. This gap is completely rectified with the current model.

The 2011 L1 model compared with the K9 model is provided with new frame, BPF fork, new swingarm and linkage, new shock, new wheels, new electronically controlled steering damper, new brakes, adjustable footpegs, new instruments, new fairing.
Since the majority of these improvements resulted also in weight loss, the new model is 9 claimed Kgs lighter. Steering geometry is slightly changed, the wheelbase is marginally, 15mm, shorter. The tweaked engine comes from the K9 model.
Lap timer controls are located at the right grip. There are plastic protective covers, at either side of the fuel tank, which is very important for the character of the bike. In terms of design, the swingarm and the pillion pegs, reflect Suzuki’s weight loss effort. The GSXR is equipped with an immobiliser.

There are two design drawbacks though. First, from the rider’s view, the outline of the fairing at either side of the bike looks old fashioned.
Additionally, the 2011 GSXR looks like previous GSXR 600 models. As an indication, looking for a street name during the test ride, I arbitrarily asked a certified GSXR fan. The term certified is justified by the GSXR tattoo he got. Initially he asked if that was a 2-3 years old model.
Hence for those bikers not holding a Bachelors degree in the GSXR family tree evolution, these bikes resemble a lot to each other during these, recent years.
Normally this is beneficial to the weak members of the family. However when bikes are upgraded to such an extent, a more radical design should underline the changes.

+ Fields of use + User friendly-homogeneous

- Conservative design for a brand new model - Given it’s a 2011 model, it doesn’t exceed the riding limits of the category, as set in recent years. 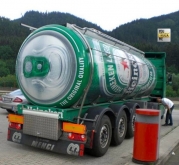