Kawasaki Z 1000 SX (2010-current): Riding of a naked bike, design of a sporty bike, touring potential of a supesport.

Engine: The four cylinder, 1043 cc engine delivers 138 bhp/9600 rpm and 11.2 Kgm/7800 rpm torque, claimed values.
On the road the torque provided is remarkable from the bottom end. From 1500 rpm there is adequate, immediate thrust.
Acceleration is linear up to the rev limiter at 11500 rpm. Power provided at the top is really great. Fuel consumption is around 8 liters/100 Km (35 mpg Imperial).

Riding position: The height of the saddle is average, 822 mm. It will be satisfying for average height riders or higher. The dimensions of the bike are average for the standards of the category, the handlebars are comparatively wide.
The weight of the bike feels average, 228 Kg wet, 231 Kg for the ABS model, which will not be an issue for the rider.

Rider is placed in and over the bike. Riding position is neutral and comfortable. Its almost upright, a slightly more sporty one would be welcomed due to the character of the bike. The high handlebars are the reason for this, providing an everyday oriented riding position.

On the road: The inverted 41 mm fork feels soft, the shock is relatively soft. The front and rear spring preload and rebound damping are adjustable.
The factory fitted tyres are Michelin Pilot Power, with dimensions 120/70-17 at the front and 190/50-17 at the rear. They are an excellent choice for the specific bike, with regards to the value for money ratio. They favor cornering, handling is marginally enhanced. Additionally its not the stickiest rubber out there…

On town rides the usability of the Z1000SX is impressing. Low rpm engine thrust is good, the bottom area of the powerband up to 4000 rpm will provide the necessary power for normal commuting.
Riding position is ideal and comfortable for daily rides, the handlebars provide good leverage to change direction. Agility is superb, it reminds of an easy 600 c.c. bike. Thus, despite the engine capacity, the Z1000SX will not urgently require the ownership of a moped for commuting.

On traffic jams the Z1000SX would be a convincing proposal, although two compromises are asked. Steering lock is average, manoeuvring around cars will need some prior programming. From the other hand at the process of filtering the width of the handlebars, mainly and the mirrors, less, will require rider’s caution. The damping of street imperfections is relatively good.

On B-roads, agility is the key riding feature. Because its such a flickable bike, riding refers to that of a smaller motorcycle. The high and wide handlebars, the average weight and the upright riding position enhance agility.
Stability is always there, providing confidence and some relaxation to the rider, although its inferior to the agility being felt. Τhe steering geometry of the bike as described at the paperwork, seems more conservative than the actual cornering of the Z10000SX!

At the fast pace feedback to the rider is relatively good, confidence to the rider is quite good actually. However riding position favours normal riding, not aggressive blasts.
The Z1000SX is homogenous, the handling of the bike is predictable, lagging to that of a ZX10R in terms of aggression, precision, feedback and speed of course. Lower handlebars would provide better feedback, loading the front even more at such a pace.

On the highway, air protection is average if the screen is adjusted at the lowest position. It has to be unlocked initially, then it may be adjusted using both hands, altering the incline, no tools required. If rider remains upright, air protection is marginally better than that of a naked bike. Rider has to bow forward in order to achieve a travelling speed higher than 160 Km/h.

Adjusting the screen at the highest position, air protection is satisfying up to 200 Km/h, rider’s shoulders are not protected adequately though. Thus air protection is equivalent to that of a supersport.  Additionally the riding position is upright which is not really suitable for such a highway pace. The stability of the bike is very good.
The top speed just exceeds 240 Km/h which is a moderate figure given the engine capacity. On everyday rides, the screen will be adjusted at the lowest position since the bike looks much nicer then.

The Z1000SX is a decent example where a 1000 c.c. bike is not in urgent need for an ABS. However an ABS is always welcomed on daily road use, especially on a bike which will serve brilliantly in town, like the Z1000SX.

Comments: The design is nice, it should be expected from this manufacturer: Aggressive, really close to that of the superbikes. Its not a Z1000 to which a fairing was fitted afterwards. On the contrary, the design of the Z1000 was accomplished bearing in mind that the SX would also be a member of the line up.

In terms of riding, the Z1000SX is really close to the Z1000 character, it could be differentiated much more. For instance, riding could be shifted from everyday use to a sportier attitude. The Z1000SX will meet all the expectations of the rider asking for minor compromises on every field. Otherwise stated, it’s a motorcycle which will tick all the boxes of an average rider in real world.

Compared with the Z1000, the shock and the fuel tank providing increased fuel range, are the most prominent differences concerning the parts used. The silencers and the mirrors are beautiful, while the top of the fuel tank looks kind of …swollen from the rear. The indicators are vulnerable in case of an accident. Because they serve as fairing protectors in case of a minor crash, they are attached on elastic brackets.

There is no engine temperature indication, no gadgets and electronic gimmicks derived from the Touring category, only optional ABS and heated grips. There is also normal factory optional equipment which is oriented in touring or sporty use.

- Minor compromises asked in every field of use. 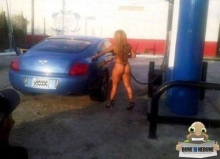