This Desert (Xpedition) version is a standard V-strom with lots of optional equipment installed: a set of three panniers, engine protection bars, sump guard, hand guards, centre stand and an adjustable screen. In some countries a Yoshimura exhaust and a BMC air filter are also available.  This is the case with this review. In several countries these special versions of the V-strom may vary in terms of optional equipment and model name.

Engine: The twin cylinder 645 c.c. engine is one of the great advantages of this bike. A complete Yoshimura exhaust system has been fitted together with a BMC air filter, improving performance greatly  compared to the stock model. The sound of the Yoshimura exhaust is more distinctive than the standard, of course its lighter also. The review of the standard V-strom is published here.

A minimum of 2500 rpm is required, that is 3000 rpm with sixth gear selected, to get smooth boost without surging. Power provided is linear up to 10800 rpm where the rev limiter intervenes. A cautious rider may notice a small step at 7500 rpm.

Riding position:  The seat is wide, the height of the saddle is  normal  for the standards of the category. It will be adequate to riders higher than average, because of the bike’s weight.
The weight of this Desert version  feels the same with the stock model, of course as long as the panniers are empty! Examining the weight issue differently, due to the increased bulk of the bike, the bike feels lighter than the expected feeling. The nominal weight of the standard V-strom is 220 Kgs curb.

The dimensions of the bike are average, the side panniers though increase the width of the bike substantially, every time they are attached to the bike.  Rider is placed mostly in the bike than over it, riding position is relatively high, rider’s hands are stretched slightly to the front.

On the road: Suspension is soft. The spring preload is adjusted at the front and remotely at the rear. The rebound damping may also be adjusted at the shock.
The factory fitted tyres at the Desert version are usually dirt-road oriented. However the specific bike reviewed was equipped with  Bridgestone Trail Wing with dimensions 110/80-19 front, 150/70-17 rear. These tyres are considered to be old and average  nowadays, aiming to on-road riding.

On town rides the width of the bike with the panniers attached is great. Increasing compromises will be asked riding from the suburbs to downtown. Rider gradually gets used to the width, experience helps calculating easier the available space between cars.
Eventually riding downtown with the panniers fitted requires a calm rider and quite more space compared with the standard V-strom. The width of the bike reminds more of a car than   a bike then.  Removing the panniers is a simple procedure which will calm down the rider instantly.

Rider is positioned rather high, monitoring traffic without obstacles. Steering radius is good, it  will help rider  to exploit traffic gaps. Urban street imperfections are absorbed very well, rider will be comfortable on the Desert.

On B-roads the bike is stable, robust, providing  good feedback about whatever the rider needs to know.  Confidence to the rider  is great, sacrificing agility though. The use orientation of the V-stroms is shifted  towards to on-road than off-road.

Therefore spirited on-road rides are provided for the standards of the category. Comfort is really good.
The fact that this specific bike was equipped with on-road tyres was beneficiary in terms of handling, riding tyre noise and tyre wear in case of fast pace riding and travelling.

On the highway  the Desert will be satisfying, to any rider being a 650 c.c. on-off category fan. Power provided is great, air protection is superb due to the adjustable spoiler on the screen.
Actually rider will feel some air resistance from 150 Km/h, up to 190 Km/h which does not result in a nuisance. On the contrary, at this speed the engine is stressed, up to the top speed of 210 Km/h, indicated figure.
Usually a relaxed and optimal travelling speed of 150-170Km/h will be chosen. Combined with the 22 liters fuel tank, the Desert may be also used in long range travelling.

Rider will need to carry three keys all the time. One for the panniers, one for the top case and one for the engine ignition. The total storage  space provided is 120 liters. The panniers are made of aluminum,  the factory logo is engraved on them, a helmet will not be accommodated  at the side ones though and  they are not provided with handles.

On dirt roads comfort provided to the rider is superb. The specific tyres fitted at the bike tested, the weight, the bulk and ground clearance will restrict the rider from charging on the dirt. The front wheel feels kind of edgy then.

Quality build could be better, especially concerning finish. Meticulous cleaning is required as well as protection from the elements when parked, to preserve the bike finish quality. There is no issue concerning engine reliability.

Comments: Compared with the competition the standard model is bulky, powerful, cheap. The optional equipment parts installed at the Desert version have greatly  broadened the orientation of the V-strom, transforming it from a daily on-off to a capable moderate traveller.
In long distance travels, this improved engine performance will not counterbalance the V-strom 1000 engine capacity advantage.

For the accessory department fans, this version is significant, upgrading vastly the appearance of the bike. The V-stroms around with numerous aftermarket parts are a proof to that. From the other hand the  price of this 2011 version which has just been withdrawn from the bike list, 1/2012, is not a bargain anymore. 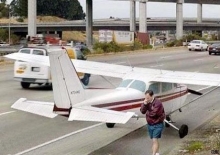