Actually just from 1500 rpm there is sufficient boost, which is linear without surging. From 2000 rpm upwards the torque provided is quite sufficient for everyday rides. The throttle response is very linear. The engine feels very comfortable at low revs, eg the speed of 100 km/h (62 mph) corresponds to 3300 rpm, providing immediate thrust opening the throttle.

At the middle and high area of the powerband the acceleration provided is smoother than expected from a big motorcycle even a touring one. The sound of the engine becomes a vivid growl when the revs do get high, the operation of a four cylinder engine would be more discreet which could be a plus on a fast journey. The rev limiter intervenes at 10000 rpm. The final drive is shaft. The operation of the shaft and the traction control is not noticeable. An indicative average fuel consumption figure is 6.5 l/100 km (43.5 mpg Imperial).

Riding position: The height of the saddle is adjustable ( 800-820 ) mm. It will be relatively high to short riders who will not feel very confident stepping a foot on the road. The dimensions of the bike are increased which is common at this bike category. The width of the Trophy is large at the area of the fuel tank, below the handlebars. The weight of the bike is also large (301 kg - 663.6 lbs) nominal kerb. Eventually a cylinder less compared to the four cylinder competition does not affect the weight.

Rider is placed mostly in the bike, the riding position is neutral and tall providing decent surveillance of the road, which reminds of a big adventure bike, eg a Bmw R1200GS!
The pillion is seated slightly higher than the rider, the saddle is very roomy and soft, reminding of a soft British Chesterfield sofa!
The knees form a comfortable angle, the handgrips are placed ideally, while the top case may support the pillion’s back, resulting to one of the very best pillion accommodations out there.

On the road: The dimension of the fork is 43 mm. The firmness of the shock is average while the fork is firm. The suspensions are electronically adjusted from the switch at the left handlebar. Actually the rider may trim the damping front and rear and the spring preload at the shock.

A single side swingarm and a linkage for the shock are featured. The frame is twin spar aluminum, the first to come from Triumph. Τhe OE tyres are Pirelli Angel ST with dimensions 120/70-17 at the front and 190/55-17 at the rear. These are pure touring tyres and they do not enhance handling especially on low friction factor roads.

In town the Trophy is a big, heavy and wide touring bike. The agility of the Trophy though will be helpful to the rider on congested traffic, making it easier to progress through downtown traffic during a journey.

Thus she could be slightly more comfortable at this point, while the panniers get noisy sometimes over road imperfections. The mirrors which are located below the handlebars provide very good rear view. The traction control is a nice aid on low friction factor street conditions.

On B-roads the Trophy is an agile touring bike, actually she is a greatly neutral motorcycle. The Trophy feels right at home hiding her weight while rider is set free to admire the scenery.

The operation of the three cylinder engine is pleasant and sporty. Actually the faster the speed gets, the lighter and even more neutral the cornering becomes, unveiling some pleasant portions of agility. The changes at the electronic suspensions are felt directly which will be pleasing to any rider of a touring motorcycle.

On the highway the air protection is superb. The travel of the electric powered screen is great (16.4 cm – 6.5 in) which will be adequate to any rider. Anytime that the engine is started the screen returns to the latest position. At its lowest setting the screen will be sufficient only on normal rides on B-roads since the air protection provided is not adequate even to average stature riders. At the highest setting it will be superb even travelling on the highway, although on high speed journeys the effect of vacuum starts to build up just behind the screen.

The stability on the sweepers is great, the bike is transformed to an experienced dancer!
During the journey the mirrors operate like hand-guards while the rider gets superb protection from the elements on his torso, legs and arms. The grips and the seats are heated. The standard cruise control is a nice aid on the highway. Conclusively, the comfort provided is excellent.

Τhe combined ABS brakes consist of two 320 mm rotors together with four piston calipers at the front and a single 282 mm rotor at the rear along with a single pot caliper. The ABS intervenes faster at the front brake and slower at the rear, feedback to the rider is relatively good and the braking power is very good.

Comments: The bike is equipped with a sound system, featuring two 20W speakers and automatic volume control which is increased as the riding speed is building up. The system features Bluetooth , thus except from the integrated radio it may be connected with rider’s mobile, IPOD, or MP3. A USB connection is also available, and an auxiliary input is also there for the GPS. The sound may be transmitted via Bluetooth to two earphones.

The quality of sound is very good which could be expected since the British have a great sound tradition, although above the speed of 100 km/h (62 mph) the air noise gets considerable. Eventually, the Trophy cannot replace both that sofa and stereo in our living room!

Τhe bike is equipped with three 12V plugs, that’s two for the rider and one for the pillion. The screen provides information about the tyre pressure and ambient temperature. The height of the headlamp beam is electrically adjusted by a switch.

The standard panniers are adequate for a full face helmet. There is a really long optional equipment list. The build quality is superb. This is another bike form Triumph designed to compete a Bmw, more specifically speaking the twin cylinder R1200RT and they do resemble a lot.

- Operation of the three cylinder engine  compared to the top touring  bikes on fast speed journeys. 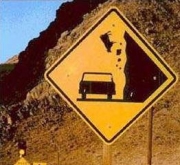