Scoop! The Lotus C-01 is being tested!


A naked prototype of the upcoming Lotus C-01 was spotted testing in Germany. The 200 bhp bike is powered by a tuned V-twin Ktm RC8R engine. The single headlamp and seat as well as the twin shocks at the rear are distinctive for the new Lotus.

The Lotus C-01 is unveiled

The first images of the upcoming bike from Lotus are circulating on the Internet. A prototype of the Ktm RC8R V-2 powered bike tuned to 200 bhp is being tested. The riding position reminds the racing one from the 60-70’s era. 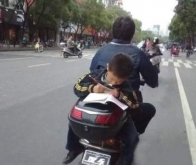