The latest recalls: Yamaha and Bmw

Due to a possible ABS malfunction, Yamaha in Netherlands and Germany has issued a recall affecting Yamaha XV950 Bolt, XV950R Bolt, MT-09, MT-09 Street Rally and XMAX400.
Four days ago another recall was announced affecting the Yamaha R1 and the XT 1200 Z Super Tenere sold between 2009 and 2013 in USA. However this could result to a worldwide recall, for overheating headlights this time.

As of Bmw on certain motorcycles in Canada, the side stand switch could malfunction. This could  cause the engine to stall while riding resulting in a loss of motive power, potentially increasing the risk of a crash causing injury and/or property damage. The problem is rectified by the dealers who will replace the side stand switch. The recall affects the 2013 R1200GS, C600 SPORT, R1200R, F800GS ADVENTURE, C650GT, F700GS, F800GT, and F800GS models.
It has to be determined if the above recalls become global. 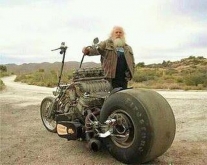