According to the latest rumors, Dani Pedrosa could be riding for Suzuki next season. This is expected to happen if he will not sign a contract with Repsol Honda for 2015. Certainly it is not an advantage that he hasn’t got the Championship title for Honda whilst the rookie Marquez did it. From the other hand Honda is interested to Jorge Lorenzo.  The Suzuki motoGP Team manager, Davide Brivio seeks for a first class rider who will prove the potential of the new bike. This is indicative of the company’s will not only to enter the motoGP racing again, but also to get good results or evolve the bike to the maximum.  The Suzuki Team is expected to participate in one or two rounds of the Championship towards the end of the season in order to estimate the competence of the bike ridden by Randy De Puniet. If however Dani Pedrosa will proceed to Suzuki his chances of winning ever the Championship will diminish. 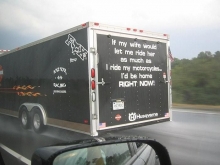