Bajaj: The Indian motorcycle manufacturer is coming to Europe

Bajaj Auto is a major shareholder of Ktm. The Indian firm manufactures the Ktm Duke 125/200/390 at its plant in Chakan, Pune, and of course the second generation of the road sibling Bajaj Pulsar 200 NS which has many parts in common with the Ktm Duke 200. A new bike, the Pulsar 375 will be launched soon, along with the Ktm Duke 390 in India.

However Bajaj is taking things globally by launching the Pulsar 200 NS in Asia, Latin America and finally to Europe, by the end of 2013. The bike will be retailed to Europe through the Ktm dealerships and it will be equipped with a fuel injection system. Probably Spain is the first country that the Pulsar is being launched.

The Pulsar 200 NS is equipped with a liquid cooled single cylinder, 199.5 cc engine, fueled by a carburetor and delivers 23.5 bhp and 1.87 kgm torque. A twin spar frame and a conventional 37 mm fork are featured. Except from the macho looks, the Pulsar combines sporty handling, powerful brakes and affordable price. The latter is essential for many European countries, as many national economies are slowing down, thus bikes like this have started to make sense, once again. 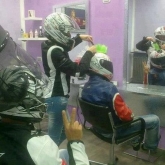