A full electronic package for the engine is installed: Three engine maps, traction control featuring eight selectable levels, wheelie control, quick shift and …launch control, which can be configured and deactivated independently, according to the needs of every rider.

The braking system is Brembo, with radial callipers and 320 mm floating discs at the front, 220 mm at the rear, metal braided brake hoses are used. The wheels are made of aluminium.

A 43 mm Sachs upside down front fork and Sachs shock absorber with separate piggy back nitrogen canister, both fully adjustable.

Comment: The story of success: The previous Tuono model was a bike derived from the RSV1000 Mille sportbike. The same applies to the new model, coming from the RSV4, without the fairing, once more. Because of this, it is expected to be more compact than its predecessor, however some elements of the character of the previous Tuono will be possibly there.

The engine is really powerful for a naked bike, however electronics are there to tame the beast... By the way, ABS is not mentioned at the press kit. 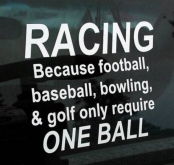