Half a point gives Max Biaggi the championship win

The closest ever finish in the history of the Superbike World Championship took place at Magny-Cours today when Max Biaggi (Aprilia Racing Team) finished the race fifth and in doing so he ended up the season 0.5 points ahead of Tom Sykes (Kawasaki Racing Team).

Sykes did all he could in winning race two, while Biaggi did just enough by finishing fifth, the final points reading Biaggi 358 and Sykes 357.5. Jonathan Rea (Honda World Superbike Team) was second in the 23-lap race, with Sylvain Guintoli (PATA Racing Team Ducati) third.

Biaggi's team-mate, Eugene Laverty was fourth in the race, but the other championship hopeful Marco Melandri (BMW Motorrad Motorsport) crashed out of contention. He finished third in the points in any case, on 328.5. This was Biaggi's second Superbike World Championship success, having won the title with Aprilia in 2010. 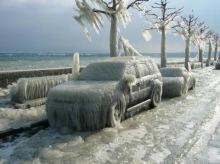