The single cylinder 375 c.c. engine equipped with a six speed gearbox is the same with that of the Duke 390 and it is expected to deliver 43 bhp. The CS 400 features an inverted fork , while the brakes are ABS in both bikes.


A leaked image of the full faired Bajaj Pulsar


The bike is claimed to be the upcoming full faired version of the Pulsar 375 which is based on Ktm RC 390.


The Pulsar is powered by the Ktm Duke 200 engine. The faired versions of the Pulsar range are due to be introduced soon. It’s most likely that the 200 c.c. variant will be the first to be unveiled. Bajaj cooperates also with Kawasaki on the Pulsar range.

The first spy  photos of the new Bajaj Pulsar have been released at the Internet by the Indian motorcycle community PowerDrift, naming the bike as Pulsar 350.

It will be the new flagship of the Indian manufacturer. A new 375 c.c. single cylinder liquid cooled fuel injected engine delivering about 45 bhp is expected.

At the photos shown it is a full-faired bike, which increases the potential of the motorcycle. A naked and cheaper version could be on the way for some markets. Ktm has announced two versions for the future Duke 390.  LED daytime running lights are featured. The instrument resembles to that of the Pulsar 200 NS while the indicators resemble to the Duke’s 125/200. The headlamps look like Triumph’s Daytona 675 which also remind of a Ducati 1098.

The colors seem somewhat peculiar or old fashioned, blue/yellow.    However its very soon to judge by some spy photos. After all the Pulsar 200 NS in terms of styling, is  magnificent.

The Pulsar 375 is a very important bike not only for India or the Far East. Keeping tight connections with the oncoming  Ktm Duke 390, it’s the first bike from the Indian manufacturer which can make it universal.

For India and the  Asian countries it could mean to be a superbike for the majority of consumers. For the developed markets it could be an economical bike, transforming  everyday rides into a more involving procedure.  Of course all these are a hypothesis,  one has to test ride the new bike before be carried away too far.

After all it should be reminded that the Ktm Duke range of the 125-200 and 390 c.c. is sharing basically the same platform, altering the engine capacity or even the whole engine. At the biggest 375 c.c. version  the Duke should weigh just 150 kg.

Comment: Somewhat big for eastern countries like India, somewhat basic for western countries, remember the Yamaha SRX series.
However economies do go up and down around the world, making bikes like this luring to many different people, especially if their prices are kept low. And the Pulsar 375 will be cheaper than the Duke 375, which will compete with bikes like the Honda CBR 250 and the new Kawasaki ninja 300. 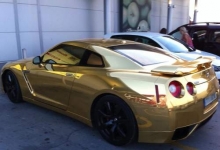