New rules to make motorbikes safer and greener got the thumbs up from the European Parliament on Tuesday. They are to apply to all powered two- and three-wheel vehicles, from mopeds to heavy motorcycles, and also quads, as of 2016.

As these vehicles account for 16% of accident deaths on Europe's roads, but only 2% of road traffic, MEPs approved more stringent safety requirements for them, as well as tougher emission targets.
"Of course safe motorcycling is largely the responsibility of the rider, but there is still some scope to make bikes safer and cleaner", said rapporteur Wim van de Camp (EPP, NL).
The European Parliament approved the rules with 643 votes in favour, 16 against and 18 abstentions. The new regulations still need approval from European Union member countries.

Under the new rules, anti-lock braking systems (ABS) will have to be fitted to all "bigger" motorbikes (i.e. those over 125 cc), while ABS or combined brake systems (CBS) could be fitted to smaller ones (under 125 cc), including scooters.
By the end of 2019, the Commission should present a cost-effectiveness analysis, with recommendations as to whether the rules should be revised to make ABS mandatory for smaller motorbikes, too. MEPs also welcomed the measures to improve the visibility of motorbikes and riders by introducing automatic switching-on of lighting when the engine starts.

As L-category vehicles emit disproportionally large amounts of pollutants MEPs voted to extend Euro 4 emissions standards to motorbikes from 2016, mopeds from 2017 and Euro 5 standards to all two- or three-wheel vehicles from 2020. 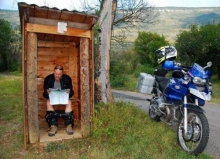