The 27 y.o. Australian, two times motoGP World Champion, needs some more time with his family. Thus he considers to stay away from the Australian V8 supercars racing since this keeps him much busier than what he wants.
Speaking to a media he said that he needs a year off from racing and then he will decide again about his racing future.

Two-time MotoGP World Champion Casey Stoner made his first Dunlop V8 Supercar race finish with a run to 14th from 30th on the grid in the Clipsal 500.
Marking the much anticipated tin-top race debut for one of motorcycling's most successful competitors, though Stoner was forced to start from the back of the grid when a puncture in race one (while he was driving in 13th place) prompted an early exit, he nonetheless raised eyebrows with his impressive gains in race two. Stoner set the eighth fastest lap around the Adelaide street course and he climbed 15 positions over the course of the race.

It is conducted in the streets of Adelaide, Australia, from tomorrow Thursday, to Sunday.

2013/1/27.      Casey Stoner has confirmed that he will compete in the Dunlop Series this year, driving for champion team Triple Eight. The Sunday Telegraph has revealed one of the worst kept secrets of the V8 off-season, with the two-time MotoGP champion outlining his plans to contest the entire Dunlop Series in a Red Bull-backed Commodore VE.

“It is a trial year to see how I go and how I like the sport,” Stoner told The Sunday Telegraph.
“We are definitely making a commitment to it, but at the same time we don’t want to go too deep in case it is not for us.
“I was going to do 75 per cent of the races, but I have decided to do them all.
“I want to get as much time in the seat as I can and try to understand what it is like to drive a V8.”
Stoner has also hinted that he’d like a shot at this year’s Bathurst 1000. “I doubt anyone would want me at Bathurst, but I am not ruling it out,” Stoner said.
“It is every Aussie’s dream to drive there.”
In an extensive interview, Stoner also says that he would consider returning to MotoGP in the future.

Casey Stoner commenting on the news that he will be racing at the Dunlop Championship, tweeted: "Don't believe everything you read. Haven't decided what I'm doing yet. V8 Supercars is on the cards. Will let you know when I do!" Does it sound familiar?

It sounds just like his press conference in Estoril last year, where after two weeks in France he confirmed the end of his career in the MotoGP. The latest information from Australia confirms that CaseyStoner will be racing at the Dunlop Championship this year. Casey will race with the Triple Eight Racing team, sponsored by Red Bull, while he will do some tests on February 16th at Sydney Motorsport Park.

In the past Stoner was insisting on relaxing and fishing after his retirement from the MotoGP, from the other hand in the middle of September 2012 he said "I'm hoping to go car racing, it's been a long time dream of mine. "I've had a huge passion for V8s since I've been 12 or 14 years old. In the not too distant future I could be on the grid, you never know." 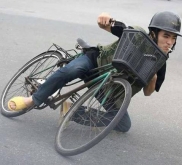