The inner side of a motoGP rider

ΜotoGP stars resemble to rock stars: They are paid a lot of money to ride the most demanding bikes on earth and then they are driving their Porches to their base, diving into their swimming pools or girlfriends.

However things have changed. About 80% of the paddock in Moto3, Moto2 and MotoGP is not get paid to compete. Its even worse than that, most of the riders are paying to race at the most significant World Championship and amuse 300+ millions of people watching TV every racing weekend.

Paying to race is not new, although concerning the Grand Prix, that was an exception, not the rule. In Moto2 things are really bad as six or seven riders do not need to pay to compete. The rest of them have to find between 300,000 to 700,000 Euros to get a place in a Team. Its about the same in every category. In MotoGP the top five riders are getting reach – fair enough – although most of the riders of the satellite teams are racing without payment, while sometimes they have to pay the severe expenses of travelling for a full racing year. Most of them are earning an income from personal sponsorships and additional income in case of achieving specific goals.

Of course this doesn’t sound really normal. The Grand Prix Teams would naturally be formed by the most talented riders, not the individuals who can provide the largest amount of money. There are quite a few sad stories of riders who are silently proceeding to despair, striving daily for survival.

As an example the Australian Anthony West, one of the protagonists in Moto2. He was a winner of a race, a talented rider, at the beginning of the year he was trying to collect 300,000 Εuros, to buy a place in a CRT team in MotoGP. As it was expected he didn’t, although he was lucky enough at the end to find a place at a quite prosperous team in Moto2. Even so, he is not get paid! This time of year he is living in a small country house which belongs to the family of his girlfriend. There is no kitchen, he is sleeping on a retractable sofa-bed eating on PVC dishes.

West says that there is not a chance for someone to enter MotoGP , except if he can find a lot of money. He continues by saying that its not important if you are talented. A big sponsor is all that counts, or rich parents. Then, you may find yourself a good place. He is striving more about everyday living than concentrating on his riding. He says that he doesn’t like to sound like a victim although the conditions that he lives are not the best.

It’s a sad story, although one cannot feel sorry for these riders when millions of families cannot cope with the cruel economic environment. However, West and many other riders are racing at an international racing event and it doesn’t sound reasonable for them to pay in order to provide a nice spectacle. Furthermore, striving for their own survival. Its about the same in many other Championships, although when it comes to ΜοtoGP its really impressing as it’s the most prosperous Championship. Sponsorships are scarce and that means that the teams do expect the riders to collect money. Sometimes specific teams take advantage of this unpleasant situation to increase their income. “No one is buying bikes, helmets or leather suits, everyone is affected. Its scaring” admits a rider’s manager.

Whatever the case is, with just the few top riders exempted, the days that a motorbike rider would become rich by racing, are already gone. At least with the standards of today. Most rising riders are spending much more than what they will ever earn, trying to figure out their way to the top. They are buying a place in a team, paying a lot of the expenses, hoping to find some gold at the end of the rainbow. Usually the gold isn’t there.

Thus we are back at the good old days – forty or fifty years ago – when most of the Grand Prix racers were living with very little money to finish the season: Stealing petrol to get to the next race, eating boiled beans, and even worse, working when not racing. This happy bunch of poor racers was named Continental Circus, as the racers looked very much alike circus performers: Skinny, dressed in worn clothes, earning some little money here and there, not even a thought of becoming rich. It happens always though, there is a solution. The money from Grand Prix have to be shared more evenly. There is a 250 million Euros income from the MotoGP. The management at the top of the sport has to change the way that they tackle the circus performers. There are many years now that the prizes are paid directly to team owners who keep the money altogether for themselves. Dorna has to write again the rules and pay directly the riders for their share.

Fortunately someone is already dealing with this issue. “Its insane the fact that so many riders are paying to race at the World Championship” comments Loris Capirossi, the new safety advisor in MotoGP. “This period we are working to ensure that everybody will earn a salary”. Well, what about that! A MotoGP minimum salary! 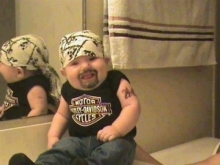