The government of India has laid out its budget for 2013-2014, increasing the import duty for large motorcycles. The news will impact several major manufacturers hoping to gain a stake in the world’s second largest motorcycle market. India has become the hotspot for manufacturers but one of the biggest obstacles they face is the duty India levies on luxury goods.
Under the new budget, those fees are even higher. Motorcycles with engines 800cc and larger face a 75% duty, up from the previous rate of 60%. Cars face an even larger duty with the new budget increasing the rate to 100% from 75%. The increased levy will result in significantly increased prices for Indian consumers.

The government's intention behind the hike is to encourage local assembly of these motorcycles. Local assembly means establishment of factories, employment for a larger labour force and higher investment, so the decision might result in an initial slowdown but in the end it will be beneficial.
In India, companies are only allowed to import bikes above 800cc and below this they have to assemble bikes locally. Harley-Davidson assembles Softail motorcycles at its Indian assembly plant, while manufacturers such as Yamaha and Triumph are setting up assembly operations in India. 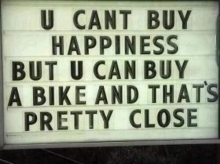