Carlos Checa had a big crash in Phillip Island when he missed his braking mark during Race 1 of the season.
Nolan, the manufacturer of Checa’s X-Lite X-802R helmet, sponsoring him on the WSBK racing has published a short video of the crash and the photos of his helmet stripped-down after the crash.

The outside of the helmet looks heavily scratched and maybe pressed to the inside by the impact.

Nolan removing the lining shows that it’s the interior which is also damaged in the form of cracks and indentations.

These marks reveal how the helmet absorbed the energy of Checa’s crash, protecting rider’s head inside. 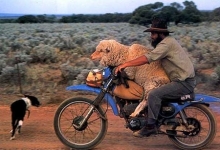