Reliability figures favor the Japanese manufacturers. Consumers like bikes with character though.

According to a survey by the magazine Consumer Reports, Honda, Yamaha and Kawasaki bikes are more reliable motorcycles compared to Bmws and Harleys.
The sample was 4700 motorcycles bought new by 4424 bikers between 2009 and 2012. The less reliable brand was found to be Bmw where one out of three owners performed a major repair to the bike.
Harley – Davidson was slightly better, one out of four bikes required a major repair for the above mentioned duration of time. This figure turns as low as one out of ten for the three Japanese brands, even if the specific bikes were not manufactured in Japan. Is that adequate?

Well the interesting point of the survey is that the Bmw and Harley owners are quite happy with their choice, with 75% willing to buy again a Harley and 74% remaining loyal to Bmw, 72% to Honda and close to 60% for Yamaha and Kawasaki.
Probably the excess of character with the two non Japanese brands is more than enough to alleviate any economic or time consuming pain felt. It all ads to the adventure or maybe the image provided by that badge sometimes. However the Japanese bikes often feel dull especially considering small engine displacements, where Bmw and Harley just don’t bother to manufacture small everyday bikes. 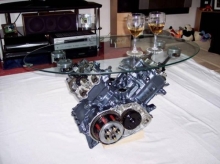