Lorenzo reigns supreme as Marquez and Rossi fall at Mugello

Whilst Lorenzo made the perfect start by passing Repsol Honda Team’s Pedrosa in the first turn, Yamaha’s Rossi and GO&FUN Honda Gresini’s Alvaro Bautista came together in the fourth corner of lap 1, putting an end to both their races, and shocking the yellow-clad home crowd. They fortunately walked away unscathed, and whilst both were disappointed and clearly annoyed, Race Direction deemed it was no one’s fault and declared it a racing incident.
Back in the race, Pedrosa remained with Lorenzo until just past half distance, when small errors for two laps in a row allowed his teammate Marquez to attack, while Lorenzo put the hammer down, lapping at the highest pace of the race to pull out a healthy buffer. Pedrosa kept Marquez at bay until the 20-year-old went past on the inside of Savelli curve on the 19th lap.
Marquez’s hard work was quickly undone in exactly the same place just two laps later, as an unforced error resulted in a fourth crash in three days. It was also the end of his bid to become the first rookie in MotoGP history to claim five rostrum finishes at the start of his premier class career.

Marquez’s crash allowed Pedrosa to retake second place as Monster Yamaha Tech 3’s Crutchlow made the podium for the second time in two weeks, becoming the first British rider since 1987 to take back-to-back podium finishes.
Stefan Bradl delivered a mature ride to fourth place to equal his career-best result for LCR Honda MotoGP, which had coincidently been achieved at the same race last year. Ducati Team filled positions five to seven, with Dovizioso eventually winning a battle with teammate Nicky Hayden while Michele Pirro raced the GP13 Lab bike to just behind the factory pair.
Aleix Espargaro carried his Power Electronics Aspar CRT bike to its best result yet in eighth spot, with Tech 3’s Bradley Smith achieving ninth despite being in immense pain with an injured wrist and finger. Hector Barbera completed the top ten for Avintia Blusens.

Τhe above telemetry data was published by Alpinestars, the manufacturer of Marquez’s racing suit. Marquez crashed at a speed of 337.9 km/h (210 mi) getting severe impacts on his shoulders and back. At the figure above it is shown that 25G forces were applied to the shoulders of the 20 y.o. rider..

From this recording it is also derived that the Alpinestars suit “sensed” within 0.025 secs that the Spanish rider was going to crash. The airbag was inflated in 0.050 secs and it was fully deployed 0.03 secs before Marquez got the first impact on the ground.


Comment: Marquez will race today after this severe crash which occurred on Friday and it is shown below. The safety in motorcycle racing is still progressing!

Until Free Practice 4, Pedrosa had not been quickest in any practice session so far this weekend but, shortly after Lorenzo had beaten his pole position record of 2012, overcame his compatriot with a best effort of 1’47.157. This left less than a tenth of a second between the top two, with Dovizioso cementing a front row position for the second consecutive race; this was notwithstanding the fact that the leading Italian was on painkillers after crashing on Friday. The top eight riders all enjoyed a short time on the provisional front row, but a flurry of changes made for an action-packed Q2. Monster Yamaha Tech 3’s Cal Crutchlow will start fourth, still riding with a broken leg, as LCR Honda MotoGP’s Stefan Bradl pipped Repsol Honda’s Marc Marquez for the middle slot on the second row; incidentally, the rookie had crashed in each of the first three practices - not least on Friday afternoon when he was fortunate to escape a high-speed accident - and had progressed to the shootout from Q1 for the first time. Crutchlow on the other hand had crashed in the Q2 session, yet cited that it had a positive side, as he found out he preferred the set-up on his second bike.

Marquez had led a topsy-turvy opening practice in the morning, but lost control of his bike in the afternoon session on one of the fastest parts of any racetrack in the world. Having slid down the grass verge on the left-hand side of the track towards Turn 1, the 20-year-old was treated in the circuit Medical Centre, where he was confirmed to have escaped serious injury. He did however end up with a very swollen chin.
Monster Yamaha Tech 3’s Bradley Smith also crashed, landing on his left arm at Turn 7, suffering a left wrist scaphoid fracture and a wound to the 5th finger on his left hand. He has however been declared fit for tomorrow. Back on track Lorenzo set the pace with a lap time of 1’48.375, beating teammate and multiple Mugello winner Rossi by just 34 thousandths of a second. Both Yamaha men were relieved to be back on the pace following difficult weekends for both last time out in Le Mans. Tech 3’s Cal Crutchlow was third, continuing his good run of form, whilst Ducati Team’s Nicky Hayden finished a credible fourth, despite not being completely happy with the bike. Repsol Honda’s championship-leading Dani Pedrosa, who is aiming for a hat-trick of 2013 victories this weekend, came fifth, citing a lack of grip.
Energy T.I. Pramac Racing’s Andrea Iannone did well to finish in sixth position, whilst Ducati’s Andrea Dovizioso was suffering with a neck issue following a crash in the morning. He stated that he cannot bend his head backwards, making it very tough on the straights, and even in the bends. He will assess his condition in the morning and will then decide if he is fit to ride. LCR Honda MotoGP’s Stefan Bradl will be looking for an improvement from eighth on his satellite Honda, whilst Power Electronics Aspar’s Randy de Puniet was the leading CRT runner in ninth, beating Ducati Test Team’s wildcard entry Michele Pirro riding the GP13 ‘lab bike’. 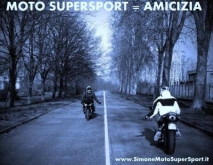