Τοni Bou on a Montesa is the leading rider at the 2013 FIM World Trial Championship, after a difficult yet decisive win at the Pobladura – Spain round.
The former leader of the Championship Adam Raga was eighth at the first race, while at the second race finished second, thus remaining competitive for the Championship title.

The Championship points are as follows: Toni Bou 126, Adam Raga 124 and Takahisa Fujinami 94. Next round of the World Championship on July 7th, at Barzio - Italy. 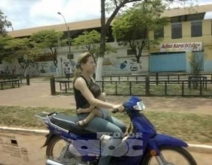