After a non-productive first day in Motegi, where Casey Stoner completed only 6 laps due to the bad weather, the second day on the Japanese track was quite prolific. The Australian, two times motoGP World Champion managed 47 laps, fulfilling the expectations and the schedule by HRC for the second day of the tests. In the morning he tested the 2013 RC213V, while later in the afternoon he rode the 2014 prototype which was the same bike that Marquez and Pedrosa had tried in Aragon.

Casey Stoner "Thankfully today the weather improved a lot, in fact it was pretty hot, and we were able to get some good track time and work on our test programme. We had a productive day in general and thankfully the test plan wasn't too hectic, so we were able to get most of it done today, after yesterday's washout. It was great to see the team, even if there were only a few people here, and I thank Honda for all their support as ever. It felt really good to get back on the bike after 9 months and I'm happy with how the test went, but it doesn't change my mind about the wild cards - this is not something I am planning to do"

“Over the course of Casey's two-day test, we’ve been able to gather a vast amount of data and ideas for development. Consequently, we aim to increase our pace of development and hope that this, in turn, will lead to us winning this year's Championship. We focused exclusively on the RC213V, but in future tests, we’ll get Casey to test-ride the tentatively named MotoGP Production Racer and assist in raising its level of performance even further"


Its about one year since Casey Stoner decided to quit motoGP and since November 11 2012, that he rode his Honda bike for the last time. Stoner was due to ride today the 2013 RC213V this morning in Motegi to get familiar with and test the 2014 bike in the afternoon as rain hit the track on his 6th lap and today’s schedule was cancelled.
Stoner hopes that the weather will be better tomorrow.

The aim of Stoner’s test is to help both with the development of the factory prototype and the oncoming production racer. Two Yamaha motoGP bike test riders are also at the same track testing the Yamaha prototype.

It seems that Stoner will need some time to adapt on a motoGP bike before issuing any safe remarks.There was a similar case with Biaggi riding a Ducati prototype a few months ago providing moderate results, although that is a very different example. 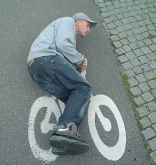