The defensive (Aprilia-Harley) and the aggressive (Hero) strategies of the manufacturers are deployed.

Aprilia has slowed down the production since the employees at the factory in Scorze are set on furlough from mid October to the end of the month, to say the least. The factory close to Noale is not affected for the time being.

Harley unifies its services in southern Europe due to the decrease in sales. Actually there will be a single company called SPI, (this sounds like Spain Portugal Italy) which will provide dealership services to these three countries.

ΕΒR, 49.2% is owned by Hero, will distribute the Indian made motorcycles to North America. Specifically, Eric Buell Racing will set a sales network in US and Canada for the Hero small motorcycles and scooters, by mid 2014. It is not yet known which bikes will be targeted to North America. 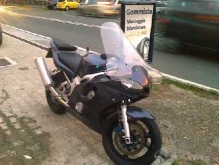