Based on the GL1800 Gold Wing platform, Honda’s new stripped-down Gold Wing F6C is the Honda power cruiser, with the horizontally opposed six-cylinder engine and the solid chassis married to commanding style and show stopping presence. The F6C forms a bridge between the new CTX1300 and the Gold Wing F6B/GL1800 Gold Wing, while it's a whole 70kg (154 lbs) lighter than the GL1800. In 1996 a Gold Wing stripped-down version, the F6C Valkyrie had been also introduced.

A video and few photos of the EVO-6 concept follow. 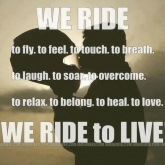