The Police news: A prototype RF device causes vehicle engines to stall at a close distance

A British company has demonstrated the use of a prototype device which transmits Radio Frequency electromagnetic waves to vehicles in a form of pulses, causing the engine to stall. The range for the device is approximately 50 meters (164 ft) for the time being. The RF Safe Stop is the safest method so far to stop vehicles, much safer than tyre deflation devices used on the road. At the time that the RF Safe Stop device sends the pulses to the vehicle, the instruments and lights on the vehicle’s dashboard behave erratically.

However further improvement and tests are required for devices like these to get fully operational. As an example the range could be greater, the speed of the vehicles is quite higher than that of the demonstration and further investigation has to be conducted to determine if there is any risk to people using a pacemaker or bikers using an intercom. 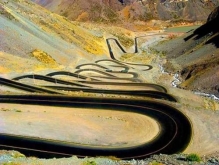