Engine: The liquid-cooled V2 90 ° Desmo engine is fuel injected with a ride by wire system. Engine capacity is 1198 cc, delivering 162 bhp / 9500 rpm and 13 Kgm / 8000 rpm of torque, claimed values.
Two radiators are equipped at either side of the engine and an oil radiator, below the engine at the front. There is also a flap just before the mufflers that enhances torque or absolute power. A six-speed gearbox is used.

There are three engine operating modes. Urban, Touring and Sport which alter not only power delivery, but also the traction control operation. This is something that rider can change completely, or even cancel the traction control operation. The fuel injection supply and ABS may be thoroughly configured, as these electronic system derive from Multistrada.
When engine is switched off, these latest settings are memorized. When engine is switched on, these settings will be valid for the ride to come. This configuration can be changed through a TFT screen on the tank and the left switch on the handle bar.

Selecting the Sport mode, a minimum of 4000 rpm is required to get surging free engine operation, when applying the throttle. Riders familiar with Ducati engine performance, will probably consider that the 3000 rpm mark is adequate to produce surging free acceleration.
Engine power delivery is punchy, no bursts or hiccups up to the 10000 rpm indication where rev limiter intervenes. Engine torque is great, however it’s the power and ease of revving up the engine which are impressive. Especially the latter is almost top class in production muscle bikes. The speed of 200 Km/h is very easy for the rider. Engine gets hot in spring-summer city rides.

The keyless system of the bike, enables the rider to turn the engine on without inserting a key in the lock, which doesn’t exist anyway. Rider has to be as close as two meters from the bike. This system was also used to Multistrada initially. However to refuel the bike, the key has to be inserted at the fuel cap of the tank.

The sport Ducati engines are not quite known for their smooth operation. In the case of Diavel, the engine comes from the Multistrada model, whose engine is based on the 1198 superbike model. There is no balance shaft in the engine and the mufflers produce a soundtrack of numerous decibels.
Eventually, the sound is loud and brutal, does not remind of any mass production V2 cruiser. In combination with the vibrations produced by the engine, it can be characterized as a raw V2 desmo racer engine. This partially justifies the name of the motorcycle, the Devil.
The bursts from the engine when applying or quitting the throttle are loud and numerous, especially in the Urban mode, much less in Sport mode. Applying the throttle especially in urban areas, the rider is the focus of attention. Even at idle it is certain that this bike delivers a very different and powerful sound.

Riding position: The seat height is low, 770 mm. Even the shortest riders will step both feet firm on the ground. The dimensions of the bike are average except from the width which is increased. The part that is considered to be wide is the tank, especially the area under the handle bar.
The weight of the bike is considerable, although compared with the category standards its absolutely lightweight at 210 Kilograms dry! Center of gravity gives the impression that its just above the middle of the bike.
Because rider will step both feet firm on the ground which is typical for the cruiser category, the effect of weight is not significant. Rider is placed mostly in the bike, riding position is neutral while rider’s arms are stretched forward.

On the road: The Trellis frame is a Ducati distinguishing element. The fork is quite firm, its a 50 mm Marzocchi.
The Sachs rear shock, it is quite soft, a linkage is available. In fact the shock is mounted horizontally at the bottom of the motorcycle. The single sided swingarm is very large.
Tyres are Pirelli Diablo Corsas, developed for this bike, a 120/70- 17 is used at the front and a 240/45-17 at the rear. The latter makes the rear view of the bike rather mean.

Rider is initially surprised by the loud sound of the exhaust. People are staring to the bike due to the engine operation and the differentiated design of the motorcycle. The second surprise for the rider will be the bike’s agility.
This agility is not consistent with the conservative cruiser geometry figures of the bike: 1590 mm wheelbase, 28 ° steering angle and 240 mm rear tyre. Agility is great considering the bike’s bulk-style.
Due to the above, rider's life will be much easier on urban rides. Road imperfections are absorbed quite well for the category standards and relatively well for the standards of street motorcycles.
In the process of filtering the handlebar height is the same with car mirrors, no particular problems for the rider there.
Steering lock is satisfying for the category standards, just average for a motorcycle that can be used on urban streets. As a result, maneuvering through traffic congested streets will require some calculations by the rider.

On B-roads Diavel is impressing due to the playful and homogeneous character. The fork which according to the standards of the category should feel somewhat abstracted, in the case of the Diavel provides the normal sense of street motorcycle.
No under steering or vagueness due to the front end for the Diavel during cornering. For the standards of the cruiser category, cornering is very good, new standards are set by the Diavel, which seem much higher than the competition. On the other hand, cruisers or muscle bikes are not designed for superb cornering, although this bike does not follow any specific rules. Cornering is about the same with other bike categories which is very positive.
As a drawback should be noted that feedback is decreased on low-friction roads.
Wherever grip is not a problem though, cornering is really good and neutral, providing great cornering angle. In this case the speed mid corner is impressive, Diavel will be a great opponent for naive bikers! Except from cornering speed, Diavel is catapulted from one bend to the other at a pace like that.

On the highway, air protection from the wind is average, upright riding position is not quite convenient for fast highway cruising. The saddle in combination with the riding position however, is very comfortable. The area for this bike to develop full potential is short stretches where Diavel will accelerate and decelerate rapidly, as well as twisty roads.

The brakes are equipped with ABS. They are very powerful , especially the front brakes. Two 320 mm brake disks are used, together with , four-piston monoblock radial Brembo calipers at the front.
A 265 mm single disc brake is used at the rear together with a twin-piston caliper. On average friction streets, rider will not get their full braking power since the ABS will intervene really soon, the operation of the system is felt on the brakes levers.
On a high friction street though, braking power is impressive especially when combining front and rear brakes.

Comments: Quality built is excellent. Everything seems designed with the utmost care and detail. The base for the number plate is attached to the single swingarm. There are two screens available for cruising.
A carbon version of the bike is also available where a carbon front fender is used, lighter wheels and black fork featuring a special low friction coating. The total weight of this version is 207 Kg dry.

Riding the Diavel is a challenge for the rider. Despite the assistance provided by electronic systems, rider will need to be very mature, as this is a very fast motorcycle. The fact that this bike is really good in the areas of interest of the Ducati brand, has resulted in setting higher standards to the class of power cruisers.

Although a lot of people are economically suffering around us in our days, a new big mean bike is out on the streets provoking peoples’ reactions just by its presence. It is an unconventional cruiser, the frame-engine belong to a superbike, the handling to a street bike, Mad Max looks.

The European manufacturers in a frenzy of creativity, redefine basic categories of motorcycles. For the Ducati brand it is the second time (after the Multistrada), in recent years.
On the other hand its far from the sweet Harley relaxation imposed on the endless stretches of American roads and highways ... 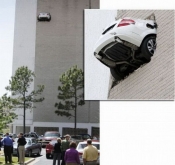