Engine: From 2000 rpm, there is plenty of torque which makes city rides easier. The three cylinder engine which had been used in Triumph's street bikes, is very linear and produces high torque. Its powerful for this category standards, delivering 113 P.S. nominal power.

On the road: On urban rides the Tiger is very agile and light. The large handlebar movement as well as the relatively thin shape make again city rides easier. Suspension which is fully adjustable front and rear, is relatively soft, absorbing potholes, offering very good feedback to the rider though. Handling is very good, neutral and braking is excellent.

Comments: The 17 inch wheels and road tyres have limited the off road capabilities, but they do favour limits on asphault roads.
The weight is kept at 198 Kgs dry, which is little for the category standards and feels like that. Its only when the bike is static that the rider will get a heavy feeling . Good air protection aids touring. 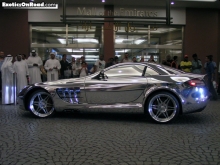