As such, it sports a 21″ wheel up front, and an 18″ wheel in the back. Crash bars, a shorter windscreen, and single-piece saddle complete the changes, though we can expect other non-visible additions like upgraded suspension, etc.

2012/9/19.     The folks at KTM briefly let leak a brochure photo of the 2013 KTM 1190 Adventure today, giving us our first good look at the completed machine. A prototype of the bike was recently reviewed by Motorrad, this new photo confirms many of the details that the Germans dropped in that article.

Based on the KTM RC8 R’s 1195cc LC8 v-twin motor, the KTM 1190 Adventure sees the superbike lump re-tuned for its adventure-touring duties, and in that capacity it makes 147hp. Meanwhile at 518 lbs with a full tank of gas, the 2013 KTM 1190 Adventure is a touch heavier than its 990cc predecessor.

We have to say, the styling seen here is a marked improvement over what we saw in Motorrad’s preview article. The seat has a stark resemblance to the Ducati Multistrada 1200, but the overall design seems very compact and streamlined. Said to be purpose-built with off-roading in mind, the KTM 1190 Adventure has all the extra goodies you would expected: ABS, traction control, and even a slipper clutch.

Expected to debut at INTERMOT in a few weeks’ time, the 2013 KTM 1190 Adventure already has some stout competition, as Ducati has unveiled its revised Ducati Multistrada 1200 line, which includes semi-active suspension for the “S” models. Seen by many as a more on-road adventure bike, perhaps KTM hopes its off-road pedigree will be valuable differentiator (we think so).

2012/9/8.     The very German folks at Motorrad have gotten a chance to swing a leg over the pre-production version of the upcoming 2013 KTM 1190 Adventure R. According to the completely unbiased Germanophone Michael Pfeiffer, the new KTM 1190 Adventure R borrows its lump from the current KTM 1190 RC8 R superbike, and is marked improvement over its predecessor: the KTM 990 Adventure R.
Pfeiffer says power is roughly 150hp, while the 1190 Adventure R tips the scales at 230kg (507 lbs) when at the curb with a full 24 liters of fuel (that’s 6.3 gallons for us ‘Mericans). Fitted with a 21″ front wheel, the KTM 1190 Adventure R also features switchable ABS, traction control, and dual engine map settings for on-road and off-road use.

Presumably replacing the venerable KTM 990 Adventure R for the 2013 model year, the KTM 1190 Adventure R appears to be the KTM 1090 Adventure R that was named by the leaked KTM product road map at the North American dealers’ meeting that was held this time last year.
That same document curiously also showed a “1290″ Adventure machine would break cover for the 2014 model year, which raises more than a few questions about what KTM’s strategy is in this segment.

With BMW set to debut its water-cooled boxer-twin next month, KTM seems set to challenge the class-leader for the top spot in the ADV world. According to Motorrad, KTM’s focus with the 2013 KTM 1190 Adventure R has been on making it a very capable off-roader, with its on-road duties being a secondary item.
This is in contrast to bikes like the Ducati Multistrada 1200, which skews the other way, but the move maintains KTM’s off-road and Dakar heritage, and certainly plays to that pedigree.

Perhaps it is in this regard that KTM hopes to distinguish the 1190 model from the 1290 model, which will presumably share a powerplant with the soon-to-be-updated 2014 KTM SuperDuke R 1290 street-naked.
As we have seen in this segment before, companies have hedged their bets on what side of the asphalt vs. dirt debate they want their adventure-tourers to be on, usually offering a street-oriented variant alongside a dirt-oriented one. Could KTM be doing the same thing here? Only time will tell. 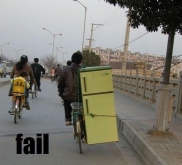