An all-American paintjob for the oncoming Ktm Super Duke 1290: The Patriot Edition

The bike will be presented officially at the Eicma show and will be in dealers in December.

The photos come after a factory visit of the US dealers in Austria.

Two new spy photos of the Ktm Super Duke 1290 have been circulating to the internet.

The two photos depict that there are some changes concerning the headlamp area, the silencer looks bigger and the shock is orange. The initial photos are shown below,

2012/9/21.        The KTM 1190 Super Duke is seen here in its unfinished prototype form, though we certainly won’t have to wait long before the bike’s official unveiling in a few weeks at INTERMOT.
Expected to get a de-tuned version of the KTM 1190 RC8 R motor, one can likely expect that KTM 1190 Super Duke to share its engine with the already leaked and debuted KTM 1190 Adventure. If that is the case, expect a torquey 147hp machine that should slot in nicely with competitors like the Ducati Streetfighter and Aprilia Tuono V4 R.

We already know from KTM’s leaked product road map that the Austrian company will sell the KTM 1190 Super Duke R to the US market for the 2013 model year. What remains to be seen is what electronics and extras come with the machine, and how KTM will price the Super Duke / Super Duke R against the competition.
If the KTM 1190 Adventure line is any indication, we can expect traction control, rider-selectable riding maps, and likely even ABS. What is not clear is whether there will be two models (a base and an “R”). Time will have to tell on that one. 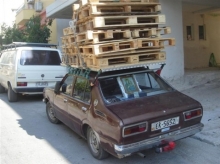