Comment: The change in the calendar concerns the first round where instead from Argentina at 31st of March, it is going to take place in Qatar, 7th of April 2013.
It should be stated that Argentina’s government took control of YPF, the oil and gas company 57 percent owned by Repsol of Spain in April 2012, without discussing about compensations. From the other hand, Repsol is a major sponsor in moto3, moto2 and motoGP classes. It should be weird for them racing in Argentina.
Thus one thing is certain: we can’t know how deep are politics-business interests involved to the sport in this case. From the other hand, deep enough in a complicated world… 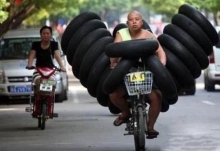