2013/4/19.    The historic motorcycle firm Husqvarna, founded in 1903 will seize its production from August 2013. The remaining bikes will be sold by the sales department. The meeting between the firm and the 250 employees was not successful, hence some early redundancies were determined, for a year.

According to the following interview of Stefan Pierer further below, the production of the Husqvarna motorcycles could continue in India in the future, hence the range of the historic firm could be altered greatly once more. Time will tell and certainly will evaluate  the meaning of Husqvarna’s acquisition by Ktm.

2013/2/18.    A week after the parent firm of Bajaj Auto's Austrian partner KTM auto announced its acquisition of BMW's off-road biking division Husqvarna for an undisclosed sum, the company's CEO Stefan Pierer told Indian CNBC-TV18 that the deal is a win-win for both Bajaj and KTM.

Just last year the two partners entered into a manufacturing alliance and launched KTM's first products offering in India the Duke 125/200 which rolled out of Bajaj's Chakan plant. Today, there are 8,500 Dukes on Indian roads and Bajaj is hopeful of touching the 10,000 mark shortly. KTM is hopeful that it can extend its current arrangement with Bajaj to include the Husqvarna and launch the first made-in-India Husky in two years from Pune.

Stefan Pierer, CEO, KTM Auto says, "First Husqvarna motorcycle will be launched in India in 2 years. Proposed Husky model for India to be made at Bajaj's Chakan plan will use joint engine platforms of Bajaj-KTM for Husky models. Joint-engine platform to be used for 125cc-200cc segment for Husqvarna." KTM is keen to model its strategy on the lines of auto giant Volkswagen. Pierer says just the way the German OEM has a common back end for a multitude of brands from Audi, Skoda and VW, KTM too will follow a similar approach. Stefan Pierer, CEO, KTM Auto adds, "If you look at Volkswagen group they have 9 or 10 different brands but inside they use same components etc."

KTM posted its best ever annual sales at 107,000 units in 2012. With its latest acquisition Husqvarna along with the other Swedish brand under its belt Husaberg KTM is aiming at over 120,000 units by the end of 2013. A chunk of its volumes are expected to come from emerging markets including India where the company is gearing up to launch the all new Duke 390 by June.

In the context of changing motorcycle markets, demographic trends and increasing environmental demands, BMW Motorrad will expand its product offering to exploit future growth potential. The focus of the realignment will be on urban mobility and e-mobility. By restructuring the segment, the BMW Group will concentrate on expanding and utilising the resources of the BMW Motorrad brand. Therefore the BMW Group signed a purchase agreement with Pierer Industrie AG (Austria) for the acquisition of Husqvarna Motorcycles. The acquisition will proceed subject to approval by anti-trust authorities. Both companies have agreed not to disclose the purchase price.

BMW Motorrad achieved a new sales record in 2012. With the realignment of its motorcycle business, BMW Motorrad aims to maintain profitable and sustainable growth over the coming years. Its current core business consists exclusively of premium vehicles in the categories “Tourer”, “Enduro”, “Sport”, “Roadster” and “Maxi-Scooter” from 650 to 1600 cc. BMW Motorrad entered the urban mobility segment for the first time in 2012 with the C 650 GT and C 600 Sport maxi-scooters. The next step in the expansion of the product line-up in this segment will be the series launch of the “C evolution” electric scooter in 2014. Further innovative vehicle concepts are also under consideration. Drive trains will include both environmentally-friendly combustion engines and pure electric drives. This move by BMW Motorrad reflects the BMW Group’s overall focus on early identification of trends, such as megacities and traffic density, as well as environmental issues. Corresponding products and services are already available for the Automobile segment.

In addition to the expansion in the field of urban mobility, core segments from the 650 single-cylinder entry-level bike to the 6-cylinder luxury tourer will also be selectively expanded.


Comment: Its a very interesting development, resulting to even more speculation.


2013/1/30.     According to spreading rumours at the Internet, Ktm intends to buy Husqvarna. Of course these rumours have not been confirmed yet. Bmw acquired Husqvarna in 2008 from MV Agusta. Lots of money have been invested since then to the firm based in northern Italy, introducing some road models like the Nuda 900 - TR 650 and reworking the off- road range.

This website has long ago spread the word  that the Nuda was based to a great extent on the Bmw F800R. The new Husqvarna TR 650 also seems to be based on the Bmw g650. This sounds like Bmw being trapped concerning Husqvarna’s on-road range, as these bikes are variations of proven Bmw bikes, while the goal of the Husqvarna acquisition in 2008 was meant to be the two-wheeled version of what the Mini brand is to BMW’s automobile division. Additionally the off-road motorcycles sales figures are constantly declining.
Ktm is a company (of which  the greatest shareholder is the Indian manufacturer Bajaj),  which has also acquired Husaberg. Thus if this agreement is valid, Ktm will own the trademarks of the most significant dirt road manufacturers in Europe.


Comment: The two companies, Husqvarna-Ktm up to now were targeting at the same audience. Will there be adequate demand for both of them in the market? That seems negative and if this news is correct, it will not be Ktm the one withdrawing from the market… 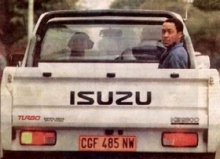