The biggest motorbike which can be ridden enters the 2014 Guinness world record book.

Fabio Reggiani, formed a team of eight people working seven months to build the vehicle. It is powered by a 5.7L V8 engine, running at 280 HP with 3 forward gears plus reverse. Fabio has recently added additional wheels for stability to the record-breaking vehicle. Though it can ride without the stabilizers, Fabi says that he made the change because he “wouldn’t want to run the risk of it toppling over!”. After all there is always the need to step a foot on the road!

Fabio says that he never tires of the public reaction to his labour of love, with his favourite response being: “O mamma mia come è grande!!!” [“Oh my mother, how big it is!”] 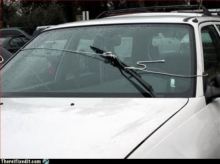