The eni FIM Superbike World Championship season drew to an end today after the last race of a spectacular year, with many protagonists in the spotlight and, above them all, Tom Sykes (Kawasaki Racing Team), who achieved an historical milestone for both himself and the Japanese manufacturer. The British rider grabbed his first-ever World Superbike title today and completed an outstanding record of 8 Tissot-Superpole and 9 race wins with his 17th podium finish of the year, a second place in Race 2 behind Eugene Laverty (Aprilia Racing Team).

The Irishman battled out with Sykes throughout the first half of the race, eventually overtaking the Brit at the of the thirteenth lap and pulling away, to claim his second double-win of the season and the ninth race victory - same number of wins as the new Champion. Other works Aprilia rider Sylvain Guintoli (Aprilia Racing Team) completed again the podium by crossing the line a lonely third, ahead of Toni Elias (Red Devils Aprilia), Chaz Davies (BMW Motorrad GoldBet) and Leon Camier (FIXI Crescent Suzuki).
Lorenzo Lanzi (Mesaroli A.S. Ducati) finished his weekend on a positive note as he ended up 7th, followed by Jules Cluzel (FIXI Crescent Suzuki), Mark Aitchison (Team Pedercini Kawasaki) and Davide Giugliano (Althea Racing Aprilia). Local Xavi Forés (Team Ducati Alstare) crashed out of Turn 1 right after the start of the race, due to a collision with another rider, while Marco Melandri (BMW Motorrad GoldBet) did not line up on the grid due to the injured ankle that bothered him also in the first race.

The 28 year old from Huddersfield, England, rode a smart race and crossed the line in third place, a result that allowed him to clinch his first-ever World Title, in his fifth year of racing in the series. Sykes also brings the title back to Kawasaki after 20 long years - the last one dated back to 1993 and was won by Scott Russell.

Today's first race was won by Eugene Laverty (Aprilia Racing Team) after a superb final lap overtake on Marco Melandri (BMW Motorrrad GoldBet), on the outside, at the last turn. The two riders pulled away in the early laps, with Laverty leader for most of race until the penultimate tour, when the Italian passed the Irishman at Turn 6. Sylvain Guintoli (Aprilia Racing Team) finished a lonely fourth, ahead of Toni Elias (Red Devils Aprilia) and Davide Giugliano (Althea Racing Aprilia), both unable to repeat on the race distance the competitive lap-times set in free practice and qualifying.
The top-10 for Race 1 was completed by Chaz Davies (BMW Motorrad GoldBet), Leon Camier (FIXI Crescent Suzuki), Xavi Fores (Team Ducati Alstare) and Mark Aitchison (Team Pedercini Kawasaki). 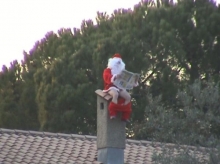